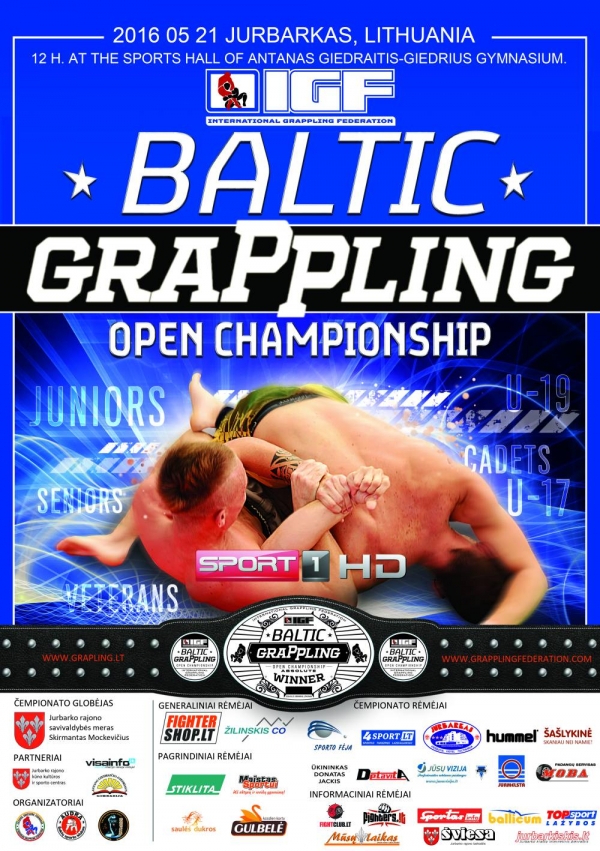 On 21 May the International Grappling Federation is holding the first Baltic championship in Lithuania. Fighters from 8 different countries have already signed in for the competition, so it is going to resemble the European Championship.

Grapplers from Lithuania, Latvia, Estonia, Belarus, Russia, Ukraine, Georgia, and Bulgaria will be competing in their personal weight categories in a pursuit to win ultimate winner belts, which have arrived in Lithuania straight from the United States recently.

“When we decided to organise a Baltic open grappling championship, we could not image the amount of interest it would generate. On the other hand, we have nothing to complain about. It will only make things more interesting”, says Kęstutis Smirnovas, the president of the international grappling federation.

With regard to separate belt matches, they include the following groups: juniors under 17, youth under 19, an adult group, veterans and females. Girls will be competing for the ultimate weight winner title following the IGF rules for the first time in history.

“I have mentioned before that I don’t like to separate guys from girls. Grappling is a sport that is equally suited for both men and women. The fact that we did not have female matches last year and now they are going to compete for the ultimate weight winner title in May has been achieved by the federation and a lot of hard work that we put into it”, K. Smirnovas says.

It is already clear that the largest number of grapplers is coming from Lithuania, Latvia, Belarus, Poland and Russia. These teams have selected their top grapplers who will be going to the Baltic championship.

“I’m very glad to see how dedicated our guests are. Every single championship participant I have talked to showed that they are not just coming to participate. They are coming to win”.

Everyone is welcome to take part in the championship.